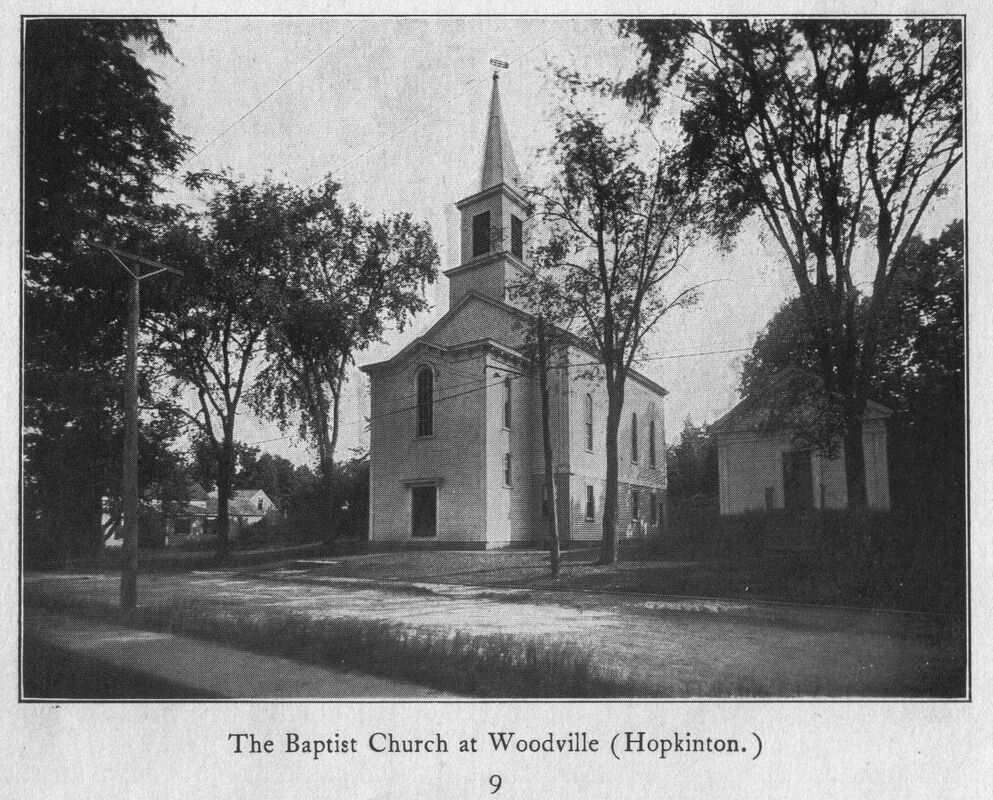 The first settlers in Hopkinton were probably Rev. John Eliot and a band of praying Indians in 1660.Edward Hopkins, a colonial governor of Connecticut, left a legacy to Harvard College. The trustees of the legacy purchased this land from Indians in 1710. The Tenants leased the land for one penny an acre. Eventually the land was given to the original tenants. Hopkinton originally contained 25,000 acres bounded by Sudbury, Sherborn, Mendon, Sutton, and Westborough. In 1735 4,000 acres were set aside to form part of Upton. In 1846, a part was taken to form part of Ashland. The Town was incorporated on December 13, 1715. The first town meeting took place on March 24, 1724 with thirty voters present, in the Price Mansion House (Which is now the Price-Valentine Manor House). The Annual Town Meeting is now held in the high school auditorium with an average of approximately 300 voters attending each year. During the 1800’s Hopkinton became a leading shoe manufacturing town. But, several serious fires occurred in 1876, 1882, and 1900 which destroyed many factories and Hopkinton then declined as an industrial town. Hopkinton is now a residential town. With the building of Interstate Route 495 in 1967, various new industries have located in and around South Street area. Hopkinton is a hilly and rocky scenic town with several lakes nestled in. Lakes such as Echo Lake, Lake Maspenock, Lake Whitehall, and the Hopkinton Reservoir. Several rivers are credited to start in Hopkinton which are the Blackstone, Charles, Concord Rivers.

Once a year Hopkinton gains national attention in April. Since 1924 the Boston Athletic Association’s Marathon has started in Hopkinton. Thousands of runners from all over the world gather on Main Street to begin their 26 mile run to Boston.

Each Year on July 4th, the Horribles Parade route goes around and through the center of town. This tradition was started many years ago by the McIntyre family, formerly from Pleasant Street. It’s purpose is to poke fun at government (whether local or not), political parties, town services, the times (historic or present), or even what ever has been the most controversial topic of the year, the committee will name as the theme. After all, It’s all in fun anyway and everyone enjoys the day’s events.

A SHORT CHRONOLOGICAL HISTORY OF HOPKINTON

Whitehall Reservoir offers excellent hiking, biking, and riding opportunities on the trail that winds all the way around the lake, but it is a good six-mile trek to do the whole thing. The main trail around the lake is approximately six miles long.  It is currently open to hikers, horses, and non-motorized bikes.  The trail is mainly a narrow walking trail so only a dedicated mountain biker should look to that route.   Everyone still has to share the same trail though, so please remember to be courteous to your fellow travelers.  More casual bikers, or anyone with a road bike should stick to the scenic roadways around the lake - Wood Street on the north edge by the boat ramp; Spring Street down the west edge; Pond Street across the southern end; and Winter Street back up along the east side of the lake.  Also, there are no water fountains or trash containers around the lake, so bring lots of water, and maybe some snacks, but also remember to bring your own trash bag to pack out what you pack in.The best places to start a hike at the north end of the lake is at the boat launch off route 135 which has ample parking, or at Reed Park which is west of the dam on Highland Street (off of Winter or Exchange Streets off of route 135). It is a nice quiet park with a field and tennis courts tucked back in the woods.The best place to start a hike at the south end of the lake is near the little bridge where pond street crosses over the southernmost tip of the lake. There are only a few pull-offs here at which to park, however.

Whitehall Reservoir was created to supply Boston with fresh water. While it is no longer used for that purpose, it is still connected to the “the only reserve drinking water supply source for over two million residents of Eastern Massachusetts” via Whitehall Brook. Whitehall Reservoir’s role in what has since become known as the MDC is described in the following excerpt from “Sudbury Reservoir Watershed System, Public Access Plan Update 2002″from the Metropolitan District Commission  Division of Watershed Management.